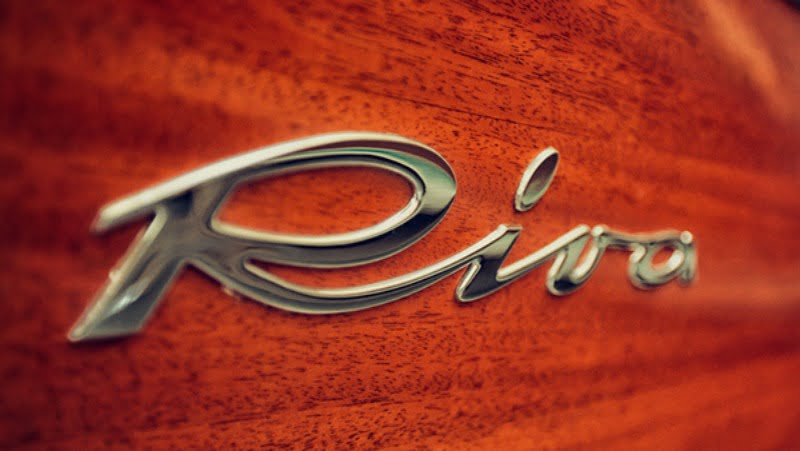 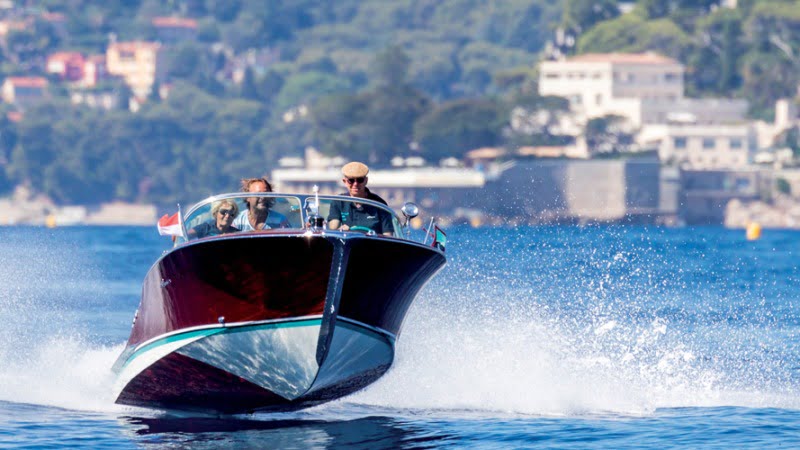 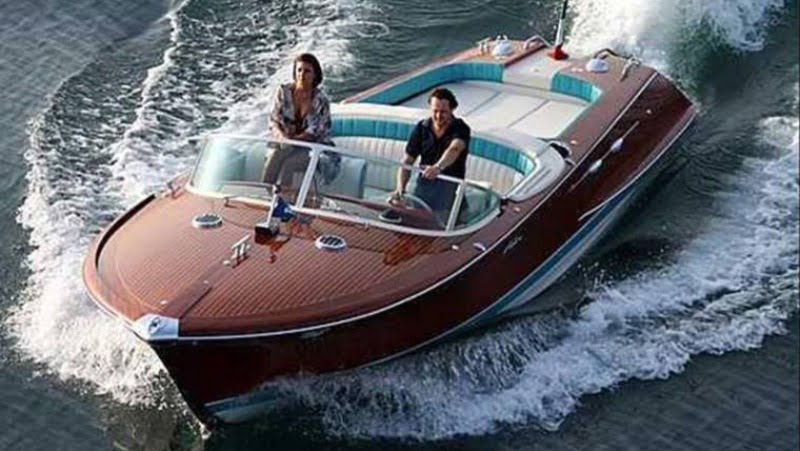 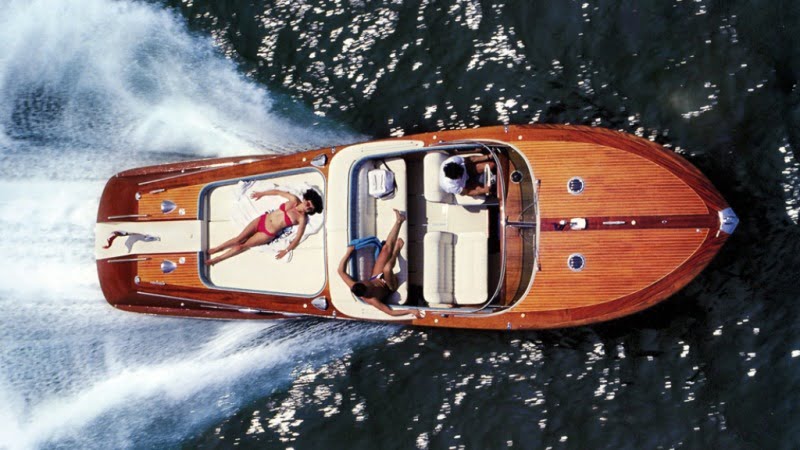 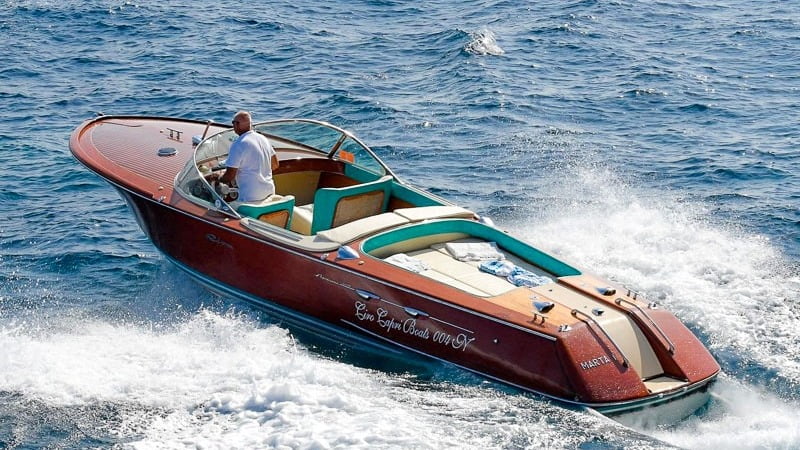 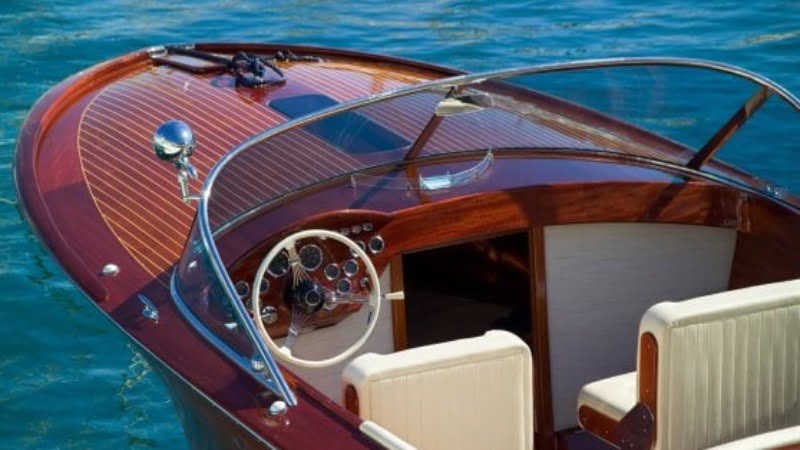 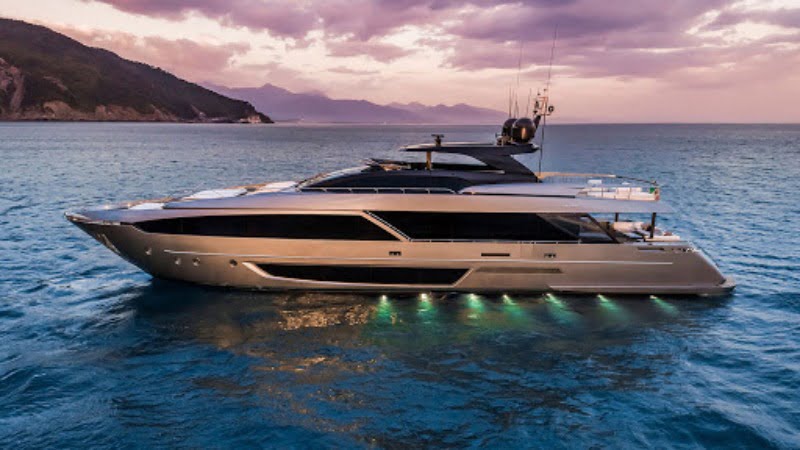 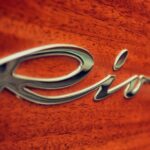 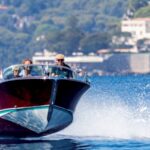 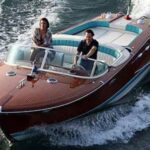 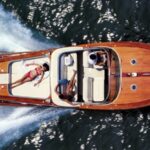 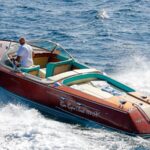 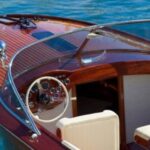 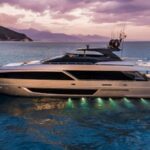 The Riva story is all about the unique, inimitable savoir-faire that is the secret of its winning beauty and style today and has always been from the very beginning. It was 1842, and on Lake Iseo, a sudden storm had devastated the fishing fleet. Yet a young shipwright was working wonders, restoring many of the vessels to full seagoing health and earning the local people’s respect and admiration in the process. And so the Riva legend was born and, with it, that of Pietro Riva, who took his destiny in his hands the moment he arrived in the little town of Sarnico. Here, he opened the yard where he would launch the first Riva creations, a craft of outstanding personality and class even then. Riva rapidly gained an excellent reputation, and the yard continued to flourish under Pietro’s son Ernesto, who introduced boats powered by internal combustion engine. After World War I, it was Serafino Riva who gave the firm its definitive stamp, transforming the yard’s prestigious products into a genuine brand that would make yachting history. Production shifted from transport vessels to motorboats, still an embryonic market in those days. And in November 1962, the legend was born: Aquarama. Her magical lines and irresistible allure made her an instant classic – the Riva icon, “the boat” par excellence, a brand within a brand.

In May 2000, Riva became part of Ferretti Group, who restored it to where it is today, at the vanguard of world boating as a recognised icon of fine Italian yachting artistry. This felicitous journey is down to the know-how of the group Engineering department and the sensibility of designer Mauro Micheli, co-founder with Sergio Beretta of Officina Italiana Design, the studio that exclusively designs the whole Riva fleet. In 2012, Ferretti Group announced a new majority shareholder: Shandong Heavy Industry Group (Weichai Group) of China, a true industrial giant, one of the world’s most important conglomerates in the automotive, commercial vehicles and construction machinery sectors. Weichai’s strength and strategic vision have enabled Riva to make yet another leap forward, with a flow of projects and resources assured for the long term. In 2014, the brand signalled its return to the megayacht sector, with the new Riva Superyachts division. The dream of creating Riva steel and alluminium displacement superyachts is very much inspired by Carlo Riva. His ambition and restless genius spurred him to reach for new horizons, with the celebrated Caravelle and Atlantic series megayachts in the ’60s and ’70s and, from 1970 to 1978, the six over-20-metre motor yachts in the Marco Polo series plus a 90- and a 100-foot Vespucci.

Continue with...
Why do we ask for your social ID?
Yachting Synergy